Executive Management and Board 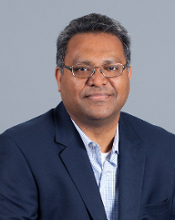 With over 25 years of expertise in the non-volatile memory and semiconductor industry, Sanjeev has been instrumental in shaping Everspin since its inception in 2008 through various leadership positions. Most recently, he served as the Chief Technology Officer driving product and technology roadmaps and business agreements with partners, vendors, and suppliers. As the Vice President of Technology R&D, he directed cross-functional teams to develop and qualify new technology and products. As Vice President of Operations, he managed manufacturing operations, supply chain, and managed joint development agreements for technology transfer and production. Before Everspin, Sanjeev was at Freescale Semiconductor and part of the team that spun out to form Everspin Technologies. Prior to his work on MRAM, Sanjeev worked on developing Ferroelectric memories at Texas Instruments. In 2005, he was awarded the Technical Excellence Award by the International Symposium on Integrated Ferroelectrics for his contributions to commercializing FRAM technology. Sanjeev is Senior Member, IEEE and his technical contributions include over 100 issued patents, more than 100 publications and numerous invited presentations. He graduated from Cornell University with a doctorate in Materials Science and Engineering and received his bachelors from Indian Institute of Technology, Varanasi in Ceramic Engineering.  Sanjeev is also a member of the Everspin Board of Directors. 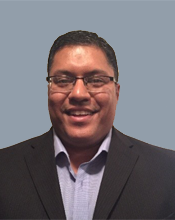 Anuj oversees all financial activities of the company. He joined Everspin in 2020 and served as the Company’s Senior Director of Financial Planning and Analysis and Business Unit Support. Prior to joining Everspin, Anuj served as the Director of Commercial Finance at Patheon, a company in the life sciences industry, where he led strategic initiatives, deal negotiations, closing activities and financial planning and analysis matters. After completion of the Patheon acquisition by Thermo Fisher Scientific in June 2019, Mr. Aggarwal continued to serve as Senior Finance Manager until March 2020. Prior to that, Anuj held several financial leadership positions at Intel Corporation over a 15 year period, including Intel’s Legal Group, Global Supply Chain Fab/Sort Manufacturing, and Internet of Things Group. He received his Masters of Business Administration from Eller College of Management at University of Arizona and his Bachelor of Science in Finance and Economics at Arizona State University. 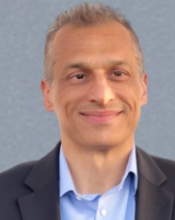 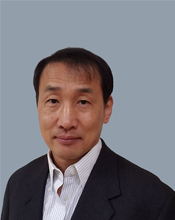 Yong leads the product development at Everspin including design engineering. Yong is a 27-year veteran of the semiconductor industry and came to Everspin in 2019 from Cypress Semiconductor where he was Vice President of Design leading worldwide development of NOR and 3D NAND products. He also spent several years at Spansion and AMD prior to Spansion’s acquisition by Cypress. Yong graduated from Santa Clara University with a master of science in Electrical Engineering and from Oregon State University with a bachelor of science also in Electrical Engineering. 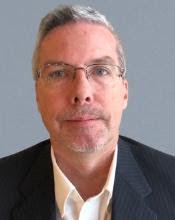 Kerry Nagel oversees the activity of the Technology group, driving technical development for both the internal and external operations. Previously, Kerry was the Director of Device, Process, and Materials at Everspin. In that role, he was instrumental in continued improvement in spin torque MRAM product capability. In the prior six years, he helped establish the process integration for our 256Mb and 1Gb STT-MRAM products at Global Foundries. Before that, he was a significant contributor to the development of toggle MRAM at Motorola, Freescale, and Everspin, including development of the integration and refinement of the toggle bit shape. Kerry received his Bachelor of Science in Chemical Engineering from the University of California, Berkeley. 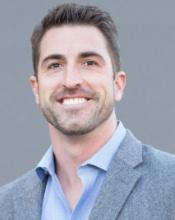 David is responsible for managing all revenue generating activities related to product sales, foundry services and partnerships. David manages a worldwide sales, business development and application engineering team tasked with designing in next-generation MRAM devices into some of the world's most demanding companies.  Prior to this role, David was the Sr Director of Business Development and Business Marketing at Everspin. Before joining Everspin in 2018, Schrenk served more than 18 years at Intel in various positions, predominantly in Sales and Marketing managing pricing for various Mobile product segments. David graduated from the WP Carey School of Business with an MBA from Arizona State University and with a bachelor of science in Management Information Systems from the University of Arizona. 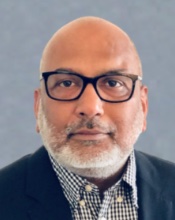 Amit leads the Operations team at Everspin, where he is responsible for delivering on year over year growth in shipments while managing product cost, quality, and meeting customer commitments.  Amit brings 25 plus years of leadership in supply chain, NPI, product and test engineering, operations, assembly and package engineering.  He joined Everspin in 2014 to manage the MRAM product and test engineering activities. Prior to Everspin, he was Sr Director of Test Engineering at Semtech Corp supporting advanced communication products; Sr Principal Engineer at Inphi, a pioneer in very high-speed analog semiconductors (recently acquired by Marvell Technology), where Amit supported the memory interface and high-speed broadband analog products.  Prior to that Amit held various roles in semiconductor operations as well as product and test engineering activities at Ample Communications and Intel.  Amit holds a MS in Electrical Engineering from the Texas Tech University and a BS in Electronics and Communication from Osmania University, India.