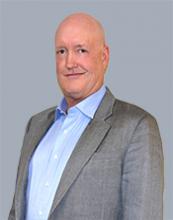 Norm Armour is Everspin's Vice President of Operations, he most recently served as the Managing Director for Worldwide Facilities at Micron Technology where his focus was on constructing new Fab facilities for the corporation as well as achieving “best in class” Facilities and Sustainability metrics.

Prior to joining Micron, Norm worked at Western Digital as the VP of Magnetic Heads and later VP of Manufacturing Technology. Just prior to WD, Norm was VP of Global Manufacturing at Alta Devices a Silicon Valley start-up.

Norm has served in a variety of both leadership and technical positions for 31 years in the semiconductor industry including General Manager/VP and Fab Operations executive roles at GLOBALFOUNDRIES, LSI, and AMD.   This included multiple green field projects that ramped to high volume and achieved best-in-class metrics for cycle time, yield/defect density, and die cost.

Armour holds a Bachelor of Science degree in Chemistry from Southern Methodist University in Dallas, Texas.