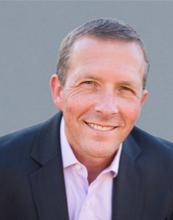 Kevin Conley has served as a member of our Board of Directors since March 2017. Kevin Conley was Senior Vice President and CTO of SanDisk until June 2016, where he was focused on fostering strategic innovation at the company. Previously, he served as senior vice president and general manager of SanDisk's Client Storage Solutions and spent over 15 years at SanDisk holding several key system engineering leadership positions. Conley is listed as the inventor or co-inventor on over 50 patents in the area of non-volatile memory architecture and management.